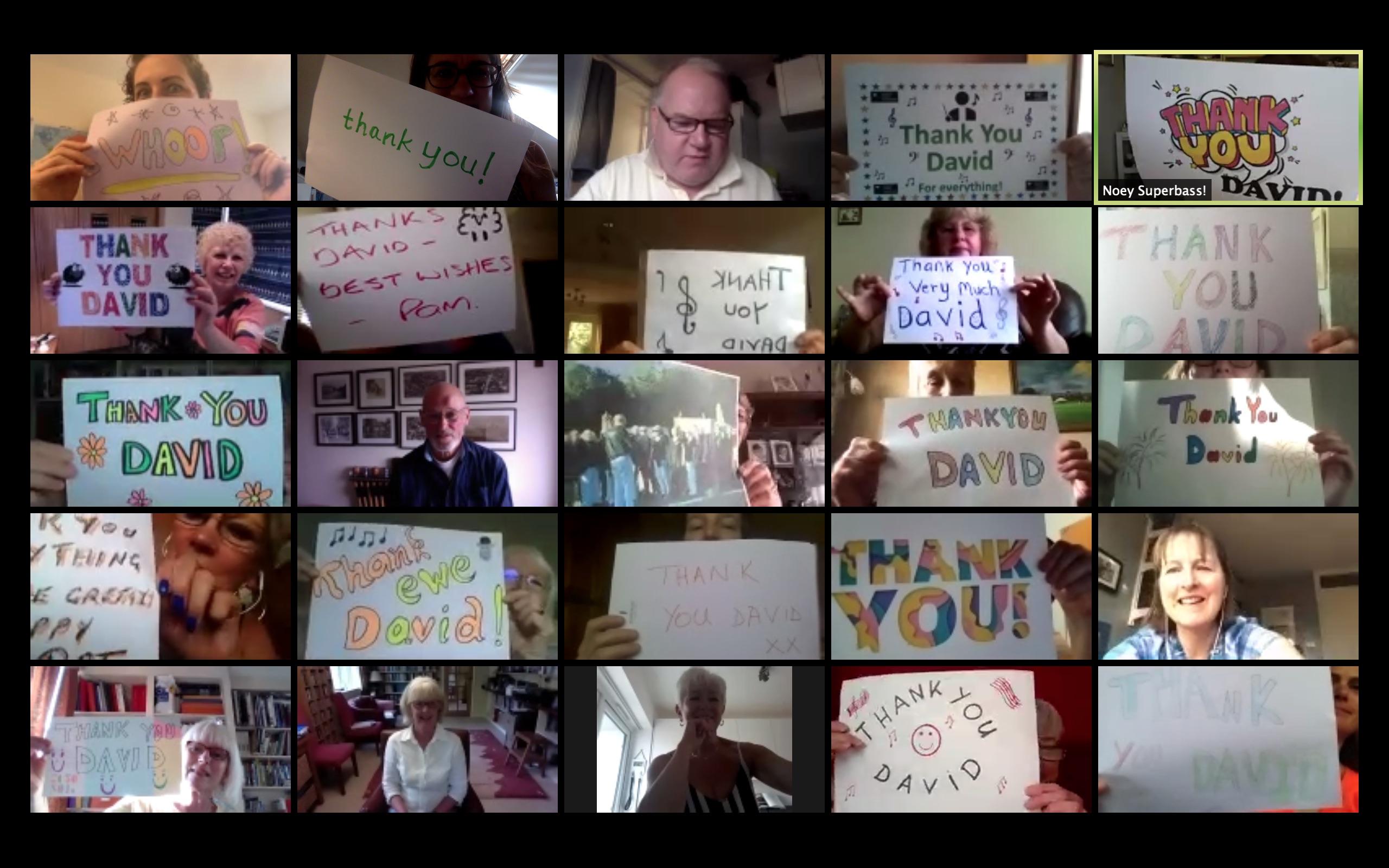 Even though us singers are still unable to meet physically, we are fortunate to be able to meet virtually and this enables us to carry on not only with rehearsals but also with chorus administration.

We have recently held our 8th AGM but of course it was a very different meeting to the previous seven as it was held via Zoom.

It is traditional at the AGM to hear a report from our Music Director but this year it was different, we had TWO MDs to present reports! The first was from our outgoing MD David Proud and the second from the new MD recruit, Pete Nugent.

David started his report by remembering how eight years ago he wanted to create a chorus where "music is king" and was based on a rich sound and simple friendship but was also low cost. With less than ten members, no music, risers or money, Black Sheep Harmony was born. The chorus quickly grew as the word spread locally and soon began to win prizes at music festivals and competitions.

David mentioned several competitions and events where the chorus was praised for its rich, resonant sound. For him, amongst the most notable were the two singouts at Bitton Railway Station. Another was the Reception for the Chairman of South Gloucestershire Council where Black Sheep Harmony provided the after dinner entertainment and looked stunning in black dresses with eye catching yellow corsages. Although we didn’t know it at the time, this was to be David's final singout as MD so it was doubly special as he felt that we had produced the best sound he had heard in recent years.

David reflected it had been a difficult decision to retire but he was delighted with the appointment of Pete “Nooj” Nugent as his successor. He felt the chorus was very lucky indeed to have found Pete as he was “top director material” and he referred to Pete's fantastic baritone voice and many gold medals!

Pete then said he had been made to feel very welcome and mentioned it was a two-way process for everyone; both chorus and director learning and growing over time. He wanted to thank the chorus for the first few weeks and also to thank David for handing over the reins to him. He said he looks forward to the Zoom rehearsals each Thursday.

Pete is also looking forward to building on David’s work with the chorus by further developing Black Sheep and taking us to new heights! Although we are in challenging times, he has been inspired by his Dad's approach to look for the good in any situation.

At the end of the meeting, we couldn’t let David’s achievements go unremarked so, as you can see in the photo, we all thanked him personally with our own individual thank you messages!
Sue Davis