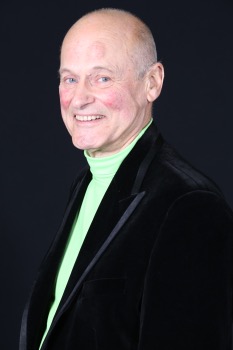 Our director David Proud has a wealth of experience in directing and coaching choirs in several different genres. His early background was in classical choral fields, but having discovered barbershop music in America, he has become a lifelong fan of the genre and close harmony singing. Over the years, he has directed two men and two ladies choruses, sung bari and bass in a quartet and appeared on the international stage.

The world of barbershop has provided many high spots for David over the years. His quartet, ‘Chord in the Act’, in which he sang both bass and baritone (although not at the same time!) performed at a number of prestigious venues and worked with the BBC launching the CBBC channel; while the men’s chorus, of which he was chairman, became UK champions and represented the UK in the USA Internationals.

He is well known for the unique sound that he is able to coax from choruses and the techniques he uses to achieve this.

David believes that people learn and perform best in a relaxed and happy atmosphere and that when they have the opportunity to do this then they are those who get the most out of their hobby.

In a lifetime’s involvement in music, he cites the last four years developing Black Sheep Harmony as one of the most enriching experiences. He says “They are simply such a lovely group of people who love what they do and share my passion for continually striving for improved vocal technique…….that’s when I can get a word in edgeways!” 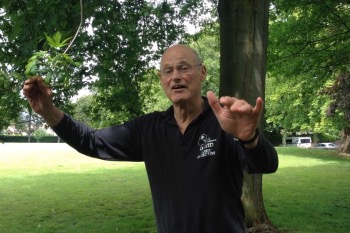